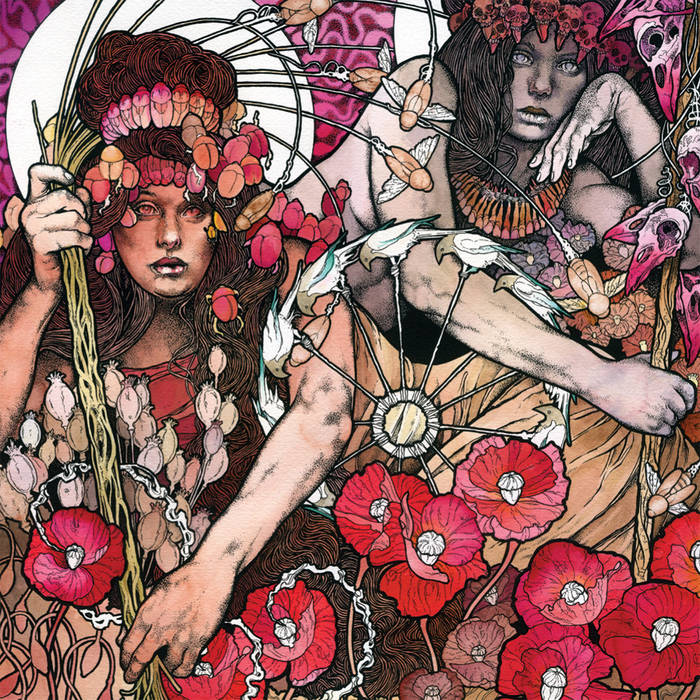 abnormal_listening_habits I now have all the musical colors of the Baroness discography. Early material is the best for my tastes but I do have an appreciation for their new direction. All the artwork is top shelf from debut to most recent. John is a helluva artist.

Savannah, Georgia's Baroness blow the lid off their cauldron of hall of fame riffs on their first record for Relapse and debut full-length titled Red Album. With a sound built upon a resolute sense of purpose and shaped by hundreds of explosive live shows, Baroness position themselves at the forefront of heavy music with an epic album that is at once powerful, expressive, confident, and commanding. Red Album sees the band expand its sonic vision; colossal riffs and haunting vocals roll like thunder across epic songs spanning both the intense and the sublime. As the Red Album proves, Baroness' formidable reputation proceeds them for a reason.

Baroness is a band from Savannah, Georgia whose members grew up together in Lexington, Virginia. Baroness formed in 2003, founded by former members of the punk/metal band Johnny Welfare and the Paychecks. With two albums under their belt, their website has launched and a new album is under way for 2011 or early 2012.

Bandcamp Daily  your guide to the world of Bandcamp

Benji B talks about his new compilation ‘Deviation Classics’